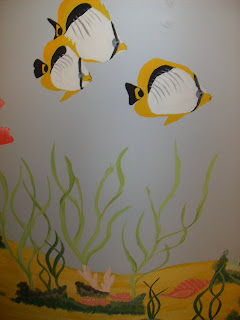 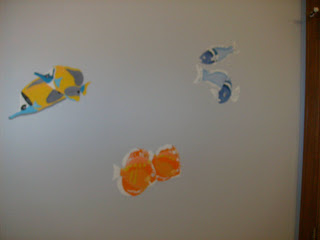 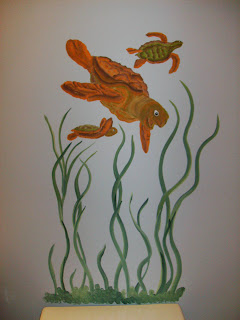 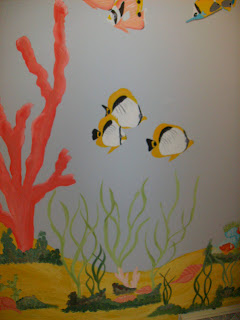 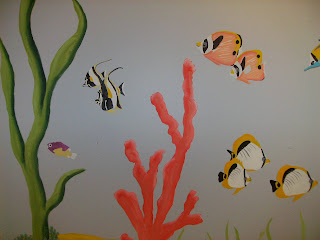 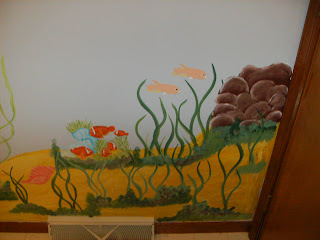 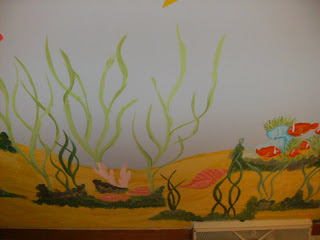 Here are the photos of the completed coral reef. I wish I could get the entire wall in one photo, but it isn't possible with my camera. Everything is on one wall except the turtles who are hanging out over the toilet :)
This afternoon I repainted what I wanted to be brain coral and made it into a pile of rock. I just couldn't get the coral to look right. Then I added more seagrass and some mossy things to anchor the grass and corals. I also did more shading on the largest seaweed to make it stand out more.
The girls like it. Paul looks at it and grins but doesn't say anything. I think that means it's a strange thing to put into a bathroom, but he knows me well enough to know I won't be swayed if he tells me he doesn't like it-ha!
Susan